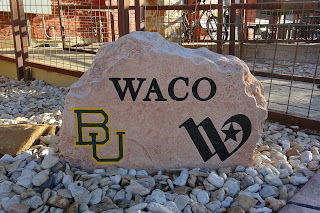 After landing in Dallas, we hopped into our rental car and headed south on Highway 35 to Waco. We arrived around 4:00 p.m. and decided to drive around the town to get the lay of the land. 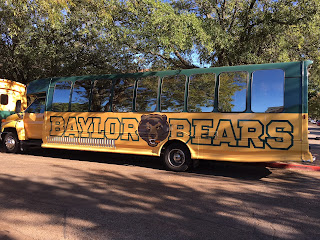 We took a quick drive around Baylor University. 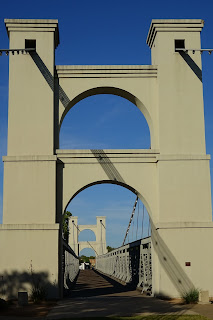 Our hotel is near the famous Waco Suspension Bridge built in 1870 across the Brazos River. At the time, it was the longest suspension bridge in the world (475 feet). 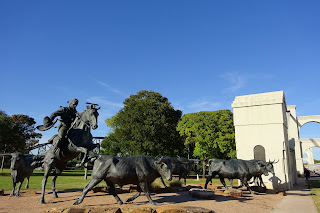 The bridge was built to provide cowboys and cattle a way to cross the river on the Chisholm Trail (and so Waco could charge a fee). The bronze sculpture, "Branding the Brazos," was done over the course of eight years and finished in 2014 by 74-year-old artist, Robert Summers. The entire sculpture includes 3 cowboys and 25 cattle. 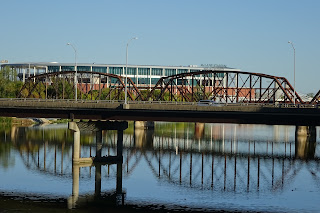 You can see Baylor Football stadium in the distance. 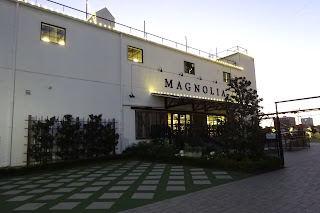 After we had dinner at Ninfa's Mexican Restaurant, I talked Don into driving me over to the Silos. I heard you can sometimes catch Chip and Joanna there after hours. No such luck! 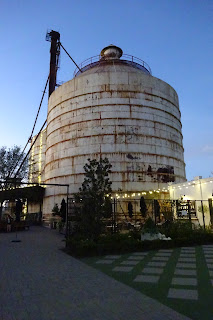 I was able to take a few pictures before the security guard politely told me the grounds were closed. 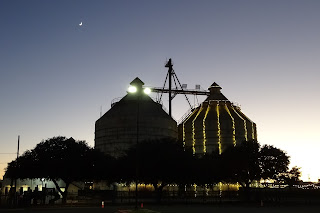 Pretty at night! But we plan to visit first thing tomorrow morning. 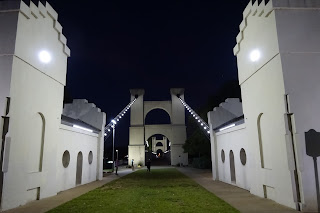 The suspension bridge at night.
Posted by Marianne Richards at 6:32 PM

Marianne Richards
I live with my husband and our Shetland Sheepdog, Riley